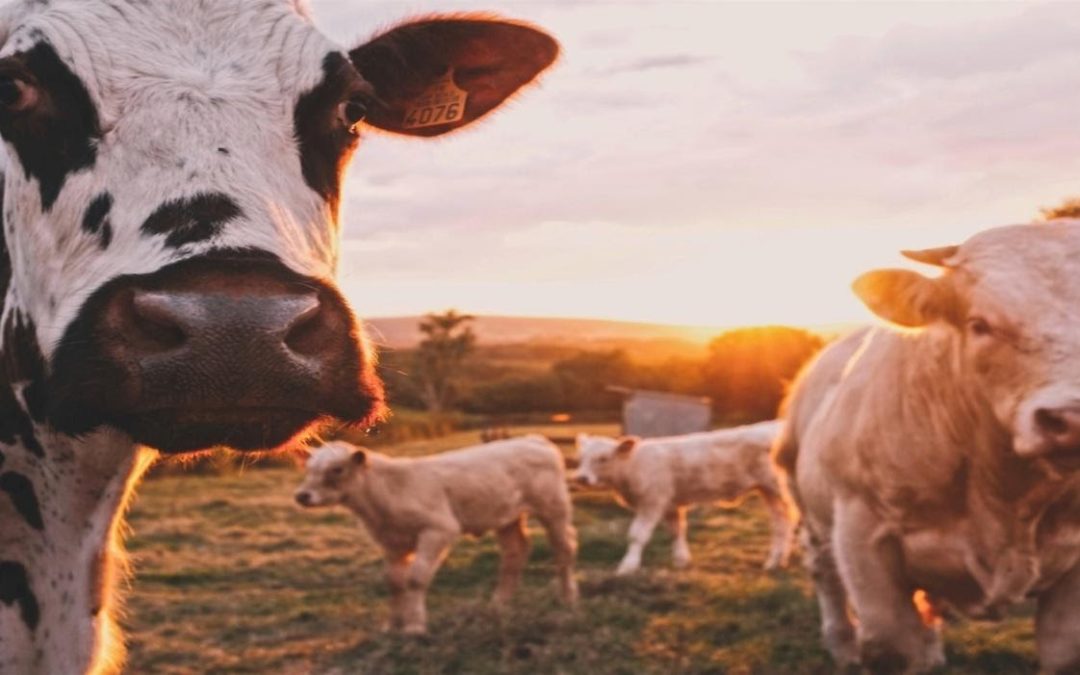 The impact of Animal Agriculture on our environment!

According to the World Economic Forumcurrently there are 19 billion chickens, 1.5 billion cows, 1 billion sheep and 1 billion pigs being reared for feeding humans. Where are these animals? How do they reach our dining plates? These are the questions we probably never think about!

It’s a shocking realization but according to The Guardian animal agriculture is the second-largest contributor to human-made greenhouse gas emissions, a fact barely known to many.  Isn’t it surprising to know what we are eating is leading our earth towards destruction? Climate scientists from the UN have estimated that we have only 12 years to keep global warming under 1.5 ͦCelsius. If we do not mend our ways we are mostly likely to see droughts, floods and other extreme temperature changes in our lifetime.

In fact, an article in Mumbai Mirror had reported a study by ScottA Kulp and Benjamin H Strauss of Climate Central, New Jersey according to which most of Mumbai is likely to be underwater by 2050. The situation is way alarming than it is shown to us.

So where doesVeganism come into the picture? Your simple choice of what to eat from your plate will determine the life on our planet in the years to come. 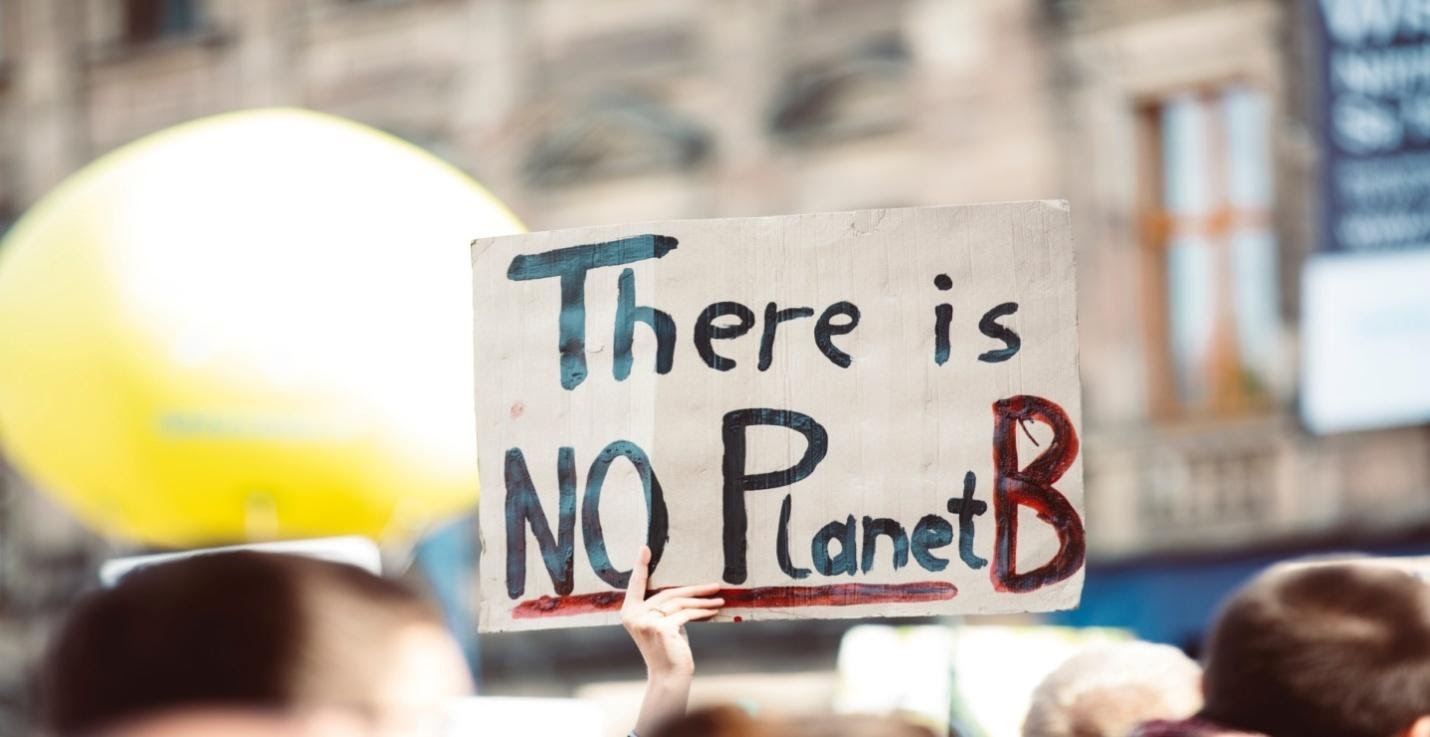 Eating vegan food is one of the best ways to decrease your carbon footprint massively. Did you know that 1 calorie of animal protein takes 11 times more fossil fuels than a calorie of protein from a plant?

Farming of animals contribute enormously to the global emissions of methane and nitrous oxide.Billions of cattle and ruminants of all kinds produce methane as a byproduct of breaking down grass and other things they feed on. Methane is 28 times more potentas a heat trapping gas than carbon dioxide.

Animal excreta is also one of the biggest contributors to nitrous oxide, a gas that is 296 times more indestructible than carbon dioxide. In simpler words, the more dependent we are on milk, eggs and dairy the more greenhouse gases are emitted in the atmosphere at an unstoppable rate.

Economic stability worldwide and the rising number of the middle class have had an enormous impact on the rising meat consumption globally hence increasing the impact on land resources. 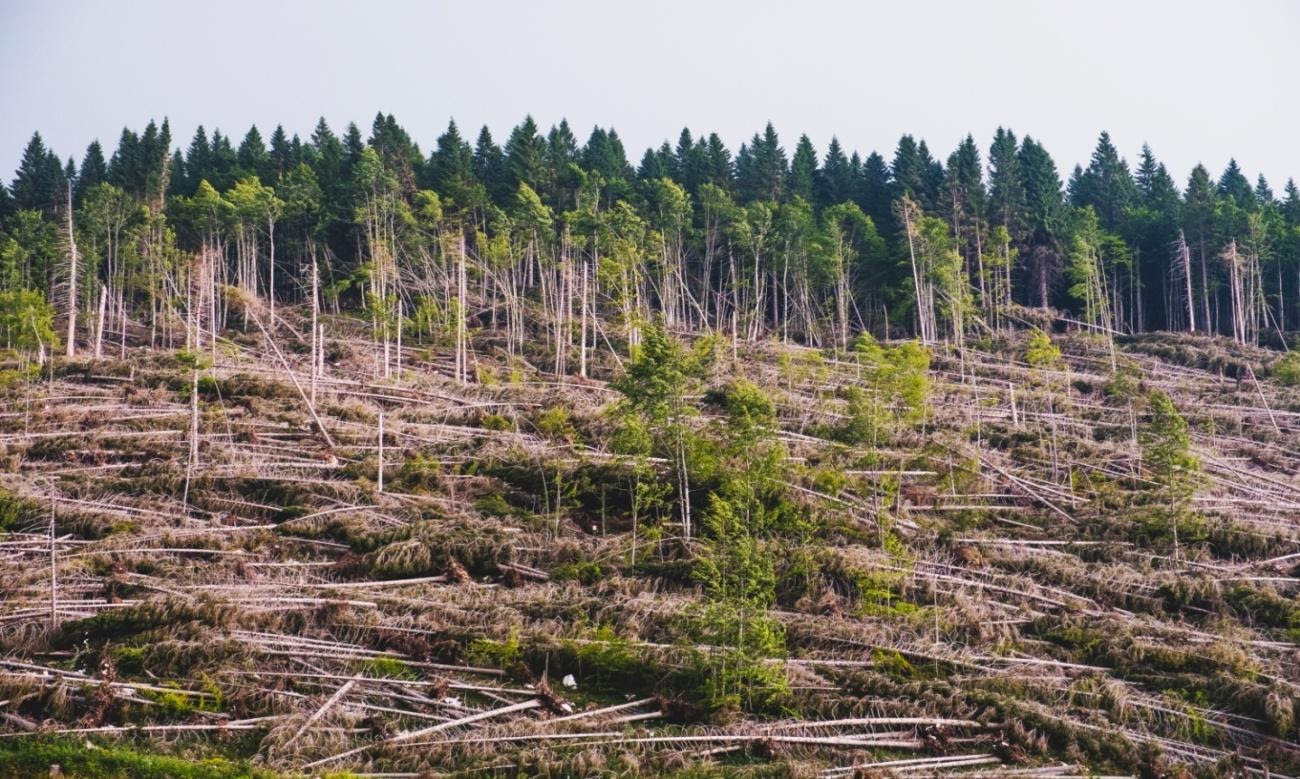 According to Global AgricultureLivestock production is the largest land user on earth and of all the land that is suitable for crops 1/3rd  of it is used for growing feed for livestock. Did you also know that the 1/4th of ice-free land on earth is occupied by farmed animals?They are solely responsible for 91% destruction of Amazon forests.

Studies have estimated that every second, an acre of forest is destroyed. Can you imagine by the time you are done reading this blog how many acres of land will be gone?

It is calculated that in a year a Vegan will need 1/6 th acre of land to feed himself while a meat-eater will need 18 times more. 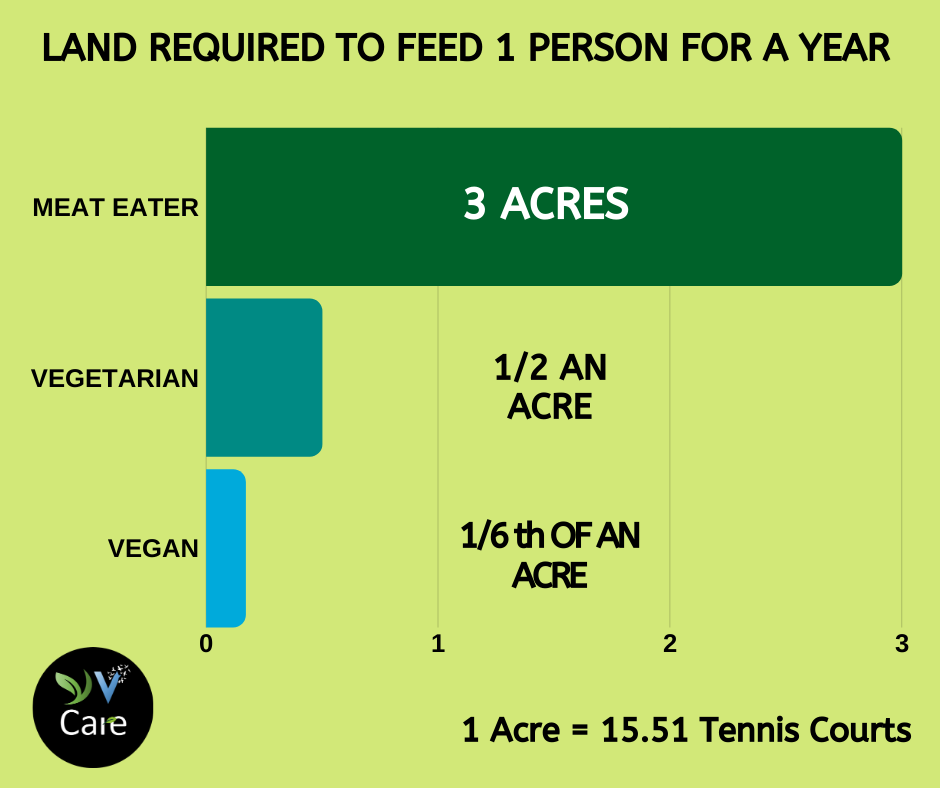 In 2019, PETA India had put many billboards in Chennai to raise awareness about the water crisis in the city, calling and educating people to go Vegan in order to help conserve water. It is estimated that cities like Bengaluru, Nagpur, and Delhi will run out of freshwater by the end of 2020. 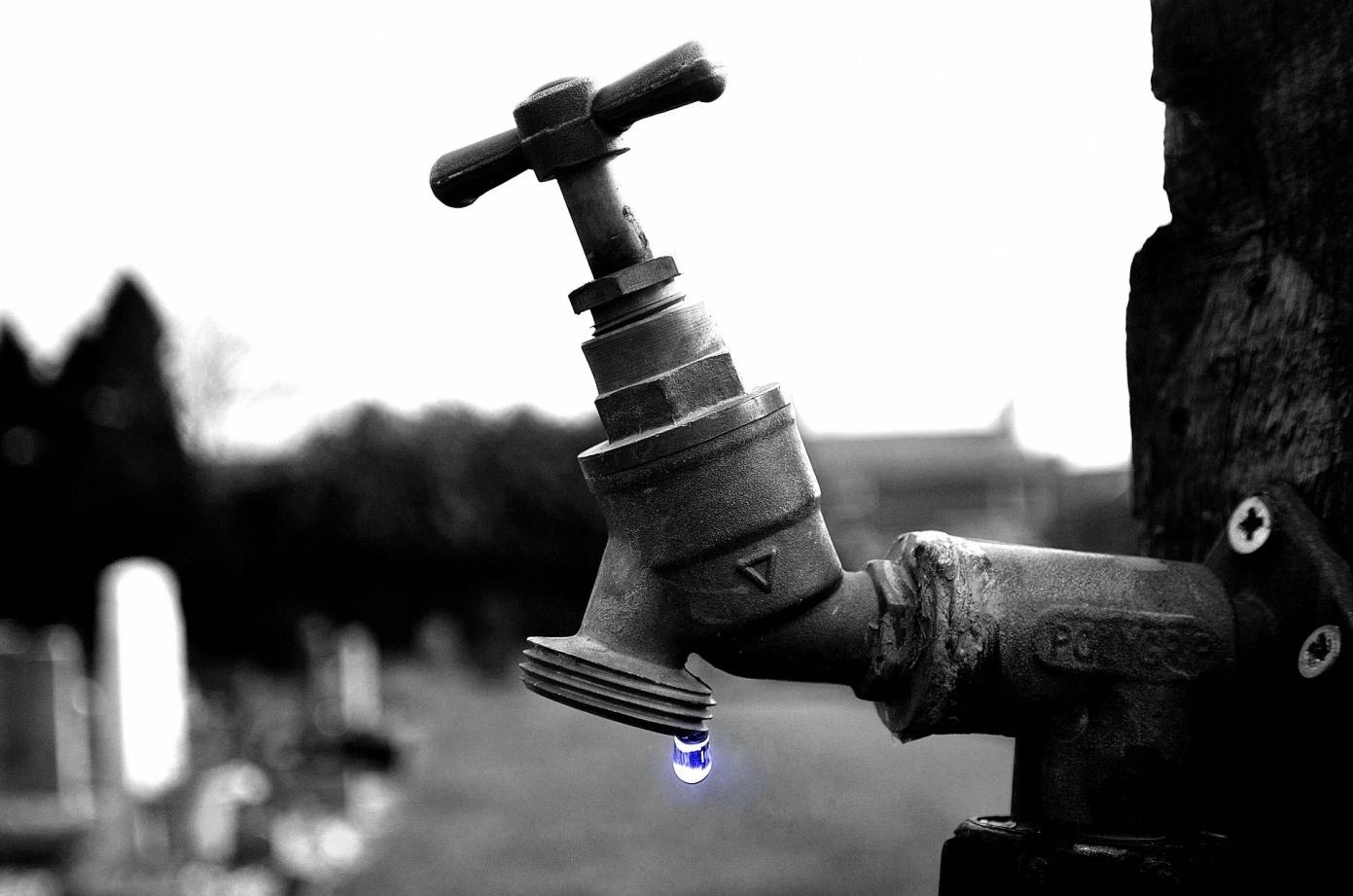 Experts have assessed that the total freshwater used in our country for domestic use is only 5% compared to livestock consumption which is estimated to be 55%. We are going through a major crisis and there is a need for educating the masses to make the right choices.

Animal agriculture is also one of the main polluters of water and forest area.  The farm cows, pigs and chicken create 130 times more waste than people do, which is also 100 times toxic than human excreta.  Most of the time it is virtually unregulated and winds up in the water bodies. Surveys show that 163 million people in India lack access to safe water.

Nitrates from animal dump gets mixed with groundwater, which if consumed by human population can cause serious diseases and syndromes. The people who are running the business of dairy and meat are established so well by now that the only way we can hold them accountable is by not buying their products.

Animal agriculture is also responsible for world hunger. 1 billion people sleep hungry every night even when there is enough food to feed 10 billion people on the planet due to the simple fact that 50% ofworld grains are eaten by our farm animals.  In one day the current population of human beings eats 21 Billion pounds of food while cows alone consume 135 Billion pounds.  In the end it’s the poor section of the society who bear the brunt. 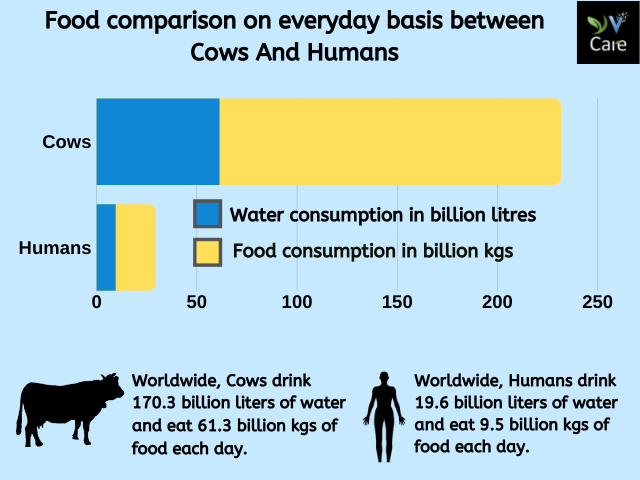 Not only that but communities living around these animal farming plants suffer immensely. Toxic gases from manure pits have the capacity to kill a person as they contain deadly nerve toxin hydrogen sulfate, ammonia, nitrous oxide, carbon dioxide, and other poisonous gases.  It can create asthma, destroy brain tissues affecting old people and children alike, and also cause premature deaths.

If we care about the future of the earth we must stop eating animals. The simple act of becoming a Vegan will make huge difference to the health of our planet. Let’s stop consuming animal products and share the responsibility of climate change, the destruction of our forests and poisoning of our air and water.

6 Reasons why Indians should adopt a vegan lifestyle

Lovely blog. Environmental aspects well covered. Many are not aware of this impact caused by their choices on the planet. I’m glad you put this out.